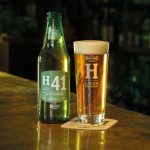 In 2016, Heineken released a limited edition beer called H41 as part of their Lager Explorations series.  Haven’t heard of H41?  That’s understandable – it was only released in the Netherlands and Italy.  When I first hear about the beer I was rather intrigued because this isn’t just another Heineken.  This is Heineken fermented with Saccharomyces eubayanus. In […]