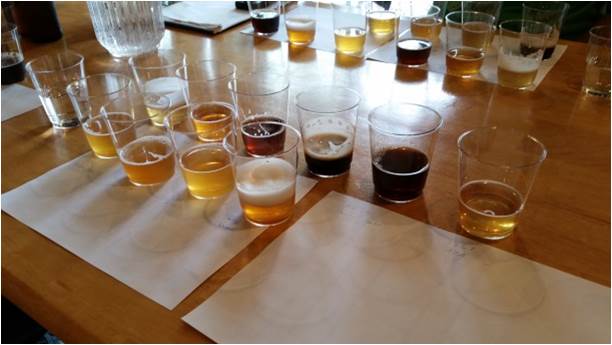 Sensory information of beers brewed with S. eubayanus was gathered through a BJCP-sanctioned competition judged by Certified, National, and Grand Master judges. To standardize and easily quantitate the judging results, the BJCP checklist scoresheet was used. Judges were also required to write notes in the comment sections so a full description of each beer was obtained.

All entries were well executed with no indication of flaws during the brewing process. This allowed the data gathered for each sample to be considered valid and not the result of contaminating yeast or bacteria. However, the beers did not conform to the BJCP styles, and they received a mean score of 27 +/- 6 points and ranged from 13.5 to 39. This result isn’t altogether surprising. S. eubayanus is a unique yeast that produces flavors and aroma distinct from S. cerevisiae and S. pastorianus. Nevertheless, brewing 25 styles of beer with this yeast yielded a plethora of information that can be used to build a beer around the strengths of S. eubayanus. 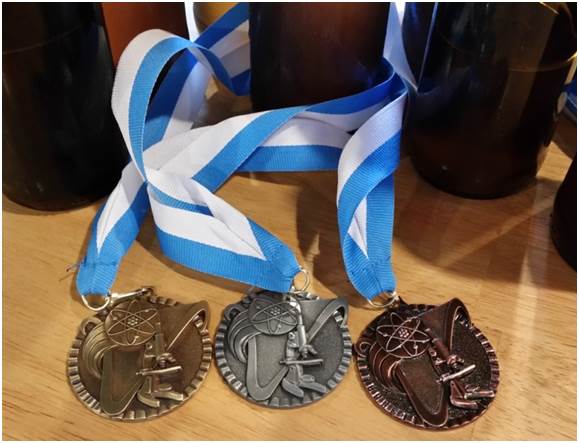 The Best of Show beer was a Brown Porter brewed by Chris Clair (BUZZ, West Chester, PA) who received a score of 37.5 and received a gift certificate from Artisan Homebrew Shop. The Runner-up and Second Runner-up beers sponsored by Northern Brewer and Yeast Bay were an India Pale Lager and American Pale Ale, both brewed by Steve Groff (Main Line Brewers Association, Ardmore, PA). It is interesting to note that Steve’s beers were actually a split batch where the runner up beer was fermented at 50°F and scored a 39 and the second runner up was fermented at 60°F and scored a 33. Both brewers skillfully executed their beers and demonstrated the quality of beer that can be made with S. eubayanus.

S. eubayanus tended to work well for beers containing crystal and lightly roasted malts. Porters, English brown ales, Scottish and Irish ales, and dark lagers scored well with averages of 29, 30.2, 33.5, and 29, respectively. Pilsners, amber lagers, and light and amber hybrid beers scored in the low to mid 20s due to the amount of esters and phenols from the yeast. They did not necessarily taste bad; they were just off-style. The yeast did well in Hefeweizens and Belgian-style beers, both averaging in the upper 20s. The biggest criticism of the Hefeweizen in the Best of Show round was that it was not quite phenolic enough, though it was judged to be a very good beer. The yeast worked particularly well in Saisons and Belgian pale ales where the biggest flaw was the lack of attenuation. Had the beers contained simple sugars such as sucrose, these beers may have scored much higher. The choice of hops is critical for crafting a good hop-forward S. eubayanus beer as these beers tended to score in the low 20s. As one judge wryly commented on an American Pale ale, “this beer/yeast combo was not a pleasant experience”. In contrast, both of Steve’s beers were heavily hopped exclusively with Citra which seemed to complement the yeast quite well.

Here’s what we learned:

As diverse as all the beers were, there were amazing similarities. Most beers displayed a grape or white wine aroma and flavor that was very pleasing is a lot of the recipes, and one judge noted it worked quite well in a Schwarzbier entry. Another distinct flavor and aroma found was the apple and pear ester mentioned earlier. Phenols were also present in many of the beers to varying degrees. They worked well in the Belgian styles and even in the Hefeweizens, but clashed a bit with some of the beers containing excessive roasted malts. In some instances the yeast also displayed a corn/DMS character in the aroma.

The yeast appears to require some care during fermentation. There were a number of beers that exhibited serious butyric, “sock funk”, solvent, and chlorophenol off flavors and aromas. These could not be correlated to any specific brewing parameter or style. For instance, within the same style, one beer was described as “sour baby puke or rancid feet” and another as “clean, crisp, inviting”. It is possible that the beers were under-pitched or lacked temperature control or both. Absolute yeast counts were not collected for every beer, as many of the brewers did not have access to a hemocytometer. However, most brewers did perform some sort of a starter, and these off flavors did not correlate to the few brewers that did not use a starter.

One of the biggest criticism was under-attenuation, resulting in the beers being little too big for their style. However, that did not mean they were unbalanced. The yeast, despite under attenuating, can somehow produce a balanced beer. I can’t quite put my finger on how this happens, but the perceived bitterness tends to be a little higher in the beers than expected from the calculated IBUs.